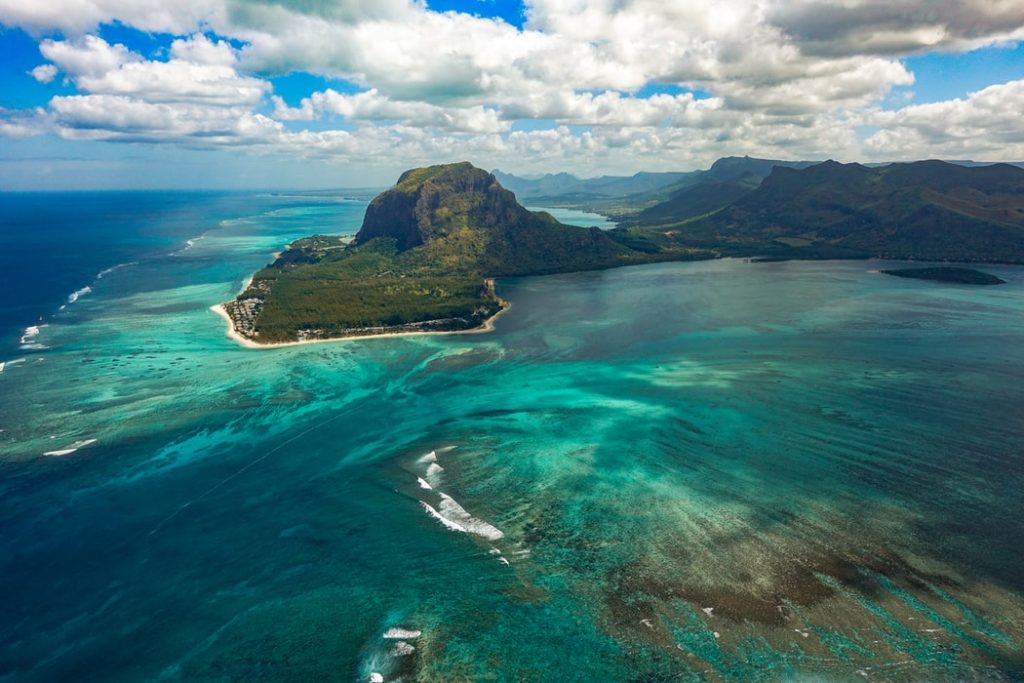 This national park spans over 6,574 hectares of incredible native forests and wildlife, representing over 3.5% of Mauritius’ land area, including a range of ecosystems. This dense forest is home to over 300 species of flowering plants. The national park is your best bet to spot one of the rarest birds in the world, the Pink Pigeon, a bird endemic to Mauritius, which nearly reached extinction. 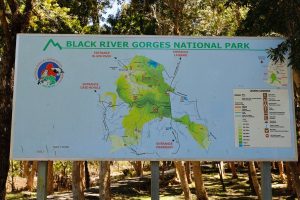 Chamarel is a small village located in the district of Savanne. Chamarel most visited sites are the 7-coloured earth and the highest waterfall in Mauritius standing at 100 metres. The Chamarel Falls are as impressive a waterfall as you’ll find anywhere and makes up a perfect picture spot. Climbing the stairs to the viewing platform reveals an awe impressive view as it hits the pool 100 metres below. The ‘Seven Coloured Earth’, made up of sand dunes of different distinct colours including reds, browns and purples will impress more than one. This phenomenon is due to the cooling, at different temperatures, of volcanic rocks which resulted in dunes of different colours. 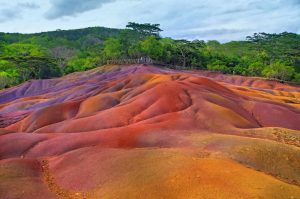 The star of the show here is without any doubt the crocodile, but you will also see other creatures including giant bats, giant turtles, monkeys and a huge insect collection. While having a walk through the jungle observing the flora and fauna, you will learn more about the endangered species endemic to Mauritius. Its insectarium is one of the world’s largest private collections of butterfly and other insects. And those beautiful creatures are a feast to the eyes. The restaurant of the park even proposes Crocodile Curry on its menu. What is better than ending the visit while having a taste of crocodile curry in the restaurant?

Also known as Sir Seewoosagur Ramgoolam Botanical Garden, the plot covers 60 acres of land and features a number of varieties of palm trees. One unique feature of the garden is its giant lily ponds with tadpoles and frogs, fruit bat trees with bats hanging from the branches, lakes with giant turtles and fishes without forgetting the trees planted by famous figures including Nelson Mandela and Indira Gandhi.

At the heart of a splendid natural estate, the Château de Labourdonnais helps you to rediscover the nineteenth-century Mauritian lifestyle… Brilliantly restored, this majestic mansion, built-in 1859, has regained all of its original splendour and provides a unique experience to its visitors. After visiting the château you can have a promenade in its garden, then visit its distillery and in the end taste the Rhum locally produced at the Rhumerie des Mascareignes. At the estate, you will also have the opportunity to taste typical Mauritian cuisine that will, without any doubt, be pure bliss to your taste buds!

A large outer isle of Mauritius, Iles Aux Cerfs is located off its East Coast, with spectacular white sandy beaches, palm trees and waters of all shades of blue. It remains one of the main attractions of the island. There, the picture-postcard blue lagoon will make you feel as if you just arrived on a Treasure Island. Iles aux Cerfs is the perfect place to relax, enjoy a BBQ and have a go at parasailing to have a majestic aerial view of this pristine isle. The island’s main beach provides basic services including restaurants serving tasty food. It also houses the Bernard Langer golf course. 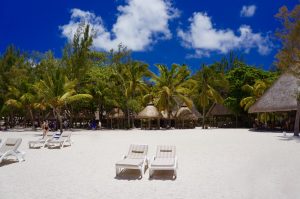 Other interesting places to visit in Mauritius include:

This place is simply amazing, superb, relaxing and inspiring. Unique big waves crashing against the volcanic cliffs. The rocks being porous will make you hear, at each backslash, the rocks breathing. An amazing and sole experience everyone should see and enjoy.

Grand Bassin, an extinct volcano, now a lake high up in the mountains about 1800 feet above sea level is the most sacred Hindu place on the island of Mauritius. It is also a well-known place of interest. On the spot, you will be able to visit a temple dedicated to Lord Shiva. The people of the island believe it is filled with holy waters from the River Ganges in India on the occasion of Maha Shivaratri people make pilgrimages from their homes to the lake on foot, carrying religious carts(Kawals) the whole way. There is also a majestic 108-foot statue of Shiva which brings a touch of uniqueness to that specific location.

Fan of horse races? Then this is surely a must-see place. Put on your best outfit and spend your Saturday at the Champ de Mars racecourse. The racecourse is the oldest in the southern hemisphere and the 2nd oldest in the world. There you can enjoy canapés and drinks, and who knows, if you are up for a bet, you might end up with a jackpot. You need not be a big horse racing fan to enjoy the electric atmosphere at the Champ de Mars.

LOOKING FOR A BUDGET TOUR IN MAURITIUS?

If you’re interested in an unforgettable, well-priced tour in Mauritius with guides you can trust then take advantage of our Sensational Mauritius Package visit website https://go.geotravel.tours/safari-tour/ email at info@geotravel.tours or call +2349087509450